The 3rd issue of the magazine HotDoc, dated 24 May 2012, revealed sensitive information about scandals involving Greek banks. Advance copies had been sent to other news outlets. On 23 May, Fimotro, a blog often denounced for engaging in defamation and blackmail, published a picture of a receipt allegedly issued by the Greek Intelligence Service (EYP) in the name of HotDoc’s editor, Kostas Vaxevanis. The receipt was dated 15 June 2011 and said he was paid €50,000 for services to EYP for the 1st semester of 2011. Fimotro, as well as other blogs which circulated this picture of the receipt, also played a role in portraying Reuters’ Steven Grey, who was researching a similar story on Greek banks, as an “agent” of unknown forces who sought to ruin the Greek economy (Reuters published at the time a long piece on the surveillance Grey was subjected to).

The HotDoc team denounced the receipt as a forgery and Vaxevanis tried to sue Giannis Papagiannis, the administrator of Fimotro, whose name is known to the public following a previous court case in which he was accused of blackmail. Strangely, the prosecutor office refused the documents of the previous case file as proof of his identity, and, because Papagiannis could not be charged with a felony in the HotDoc case, Google refused to provide his personal data. The case against Papagiannis was thus dropped, despite abundant online evidence of his identity, including, recently, blog postssigned with his full name.

Then the HotDoc team started receiving barely veiled threats through friends and acquaintances, while living under the constant impression that they were being followed. The magazine however continued to conduct research on banks. In July 2012, it published a first set of findings showing that a team of EYP perjurers, who had been exposed for illegal activities by the HotDoc journalists in the past, was trying to eliminate them in collaboration with big businessmen and bankers.

On 8 September, Vaxevanis was returning home late at night in a friend’s car when they noticed two vehicles parked strangely in the street with their headlights on. He avoided the cars and entered his house through the back door, unnoticed. Early the next morning, on 9 September, he heard his dog bark. He got up and saw in the garden a man hiding behind the gate, as if waiting for him to come home. He called the police, whose arrival in the street scared the presumed assailants away – it turned out that there were at least 4 of them – but they managed to escape, as the operations centre had given the patrol car a wrong house number. When State Security agents came later during the day to take Vaxevanis’s deposition, the commanding officer dismissed the whole case as a botched burglary attempt. Vaxevanis reported to the police observations made by himself and by neighbours about people loitering in the neighbourhood, but was never asked to give the witnesses’ names. Neither was he offered police protection, which many prominent journalists enjoy in Greece. The media also ignored the issue, while some people in media circles started whispering that Vaxevanis was merely an attention whore.

On 17 September, a woman named Maria contacted HotDoc and asked to meet Vaxevanis, saying that it was a matter of life and death and that “his life is at risk, it’s the bankers”. She claimed that guns-for-hire from FYROM had been contracted by a banker and ordered to kill Vaxevanis, that she herself had forged the EYP receipt in his name, that the same gang was contracted to defame journalist Tasos Telloglou, who was also publishing reports critical of the same banker, and, most importantly, that they were to break into the offices of Reuters journalist to steal evidence of a serious bank scandal. HotDoc knew that such a break-in had already happened on 30 May in the offices of Reuters’ Nikos Leontopoulos, but the event had never been made public. For Maria to know this, she must have been involved somehow, and HotDoc decided that Maria’s “confession” was worth investigating.

Maria revealed that she had been hired by a company run by a number of individuals employed by EYP. She was asked as part of her duties to prepare forged receipts in the name of Vaxevanis, other journalists and a politician from Independent Greeks, all in the name of the “national interest”. The targets had in common that they were investigating scandals involving the banker who hired the company or the illegal activities of the company owner himself. The receipts were then sent not only to “friendly” newspapers and to a publishing company in greater Athens, but also to the offices of New Democracy, where a party official showed the Vaxevanis receipt to a foreign journalist who was interviewing him about the Lagarde list and Vaxevanis’s arrest.

After defamation-by-receipt failed, the EYP gang, according to Maria, launched three parallel operations. The first aimed at defaming Tasos Telloglou, the second at eliminating – physically – Vaxevanis, and the third at discrediting the key witness in a lawsuit against the same banker who was targeting Vaxevanis, by planting drugs in her restaurants and framing her for drug trafficking. After the ambush at Vaxevanis’s house on 9 September, Maria had understood what the “contract” she heard mentioned in conversations was about and freaked out, realizing that, after Vaxevanis was killed, she would likely be next. She tried to pull out under various pretexts, but, since that was not possible, she chose to meet with Vaxevanis and tell him the whole truth. The HotDoc team asked her to keep her position in the EYP gang so that they could conduct their investigation safely.

From there on, Vaxevanis first met with a notary to give a statement about the whole story, in a document that was to be unsealed and published only in case of his death or with his explicit order. He then informed Tasos Telloglou that he was being targeted too. Then, the HotDoc team took handwritten notes handed over by Maria to an expert graphologist, Ioannis Makris, who was formerly the deputy head of the Hellenic Police Directorate for Criminal Investigations. Makris was able to determine that the author of the handwritten notes was most likely the same person as the one who had forged the EYP receipt. In December 2012, Makris met with Maria at the HotDoc offices to take handwriting samples from her. After examining the samples in detail, Makris concluded beyond any doubt that Maria was the author of the receipt, while the signature on the receipt was obviously not that of Vaxevanis.

The HotDoc team was further able to confirm Maria’s statements by visiting the premises used by the EYP gang to monitor the magazine, where they found hidden crypts behind ventilation shafts as she had described. Meanwhile, Maria played her role and was pretending to run the operation targeting the witness in the court case against the banker. She gave documents and surveillance photographs about this operation to the HotDoc team, which was able once again to cross-check the information. Having collected sufficient evidence that Maria’s story was well-founded, the HotDoc team took their case to the judiciary. HotDoc was also provided a CD with recorded phone conversations between members of the gang, in which they discuss details of their operations and name the banker behind the story (for safety reasons, the CD has been given for safekeeping to colleagues abroad.)

In early December 2012, HotDoc was contacted by one, then two, other members of the gang, in what seems to have been an attempt at laying the blame for the whole operation on the rest of its members. After two meetings, HotDoc chose not pursue the contact any further.

The magazine also notes that verbal attacks against Vaxevanis have been scaled up in political circles, quoting the minutes of a session of the parliamentary investigation committee on the Lagarde list, in which PASOK’s leader Evangelos Venizelos, instead of discussing his own role in matter, insinuates that a rival banker is secretly funding HotDoc and that “the Service” (hinting at EYP) should be able to prove it.

The 26th issue of HotDoc includes a thorough article on the above, as well as a long interview with Maria in which she narrates the story in detail, a list of the individuals involved in the EYP gang (initials only) and extensive documentation, including photographs, from the magazine’s investigation file. 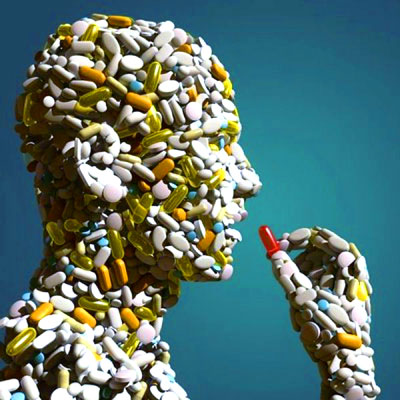 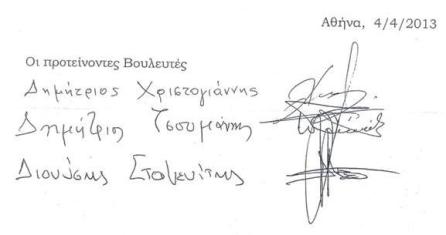 everybody’s got someone they call home 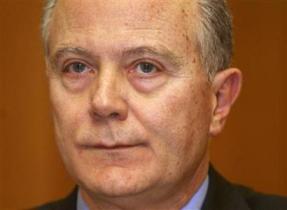 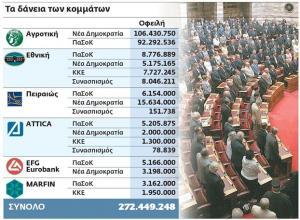 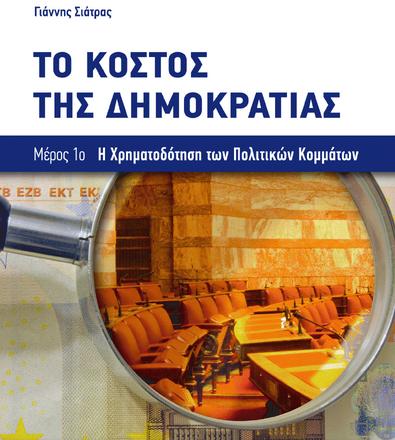 SISA, THE COKE OF THE POOR

the latest social science books reviewed by academics and experts